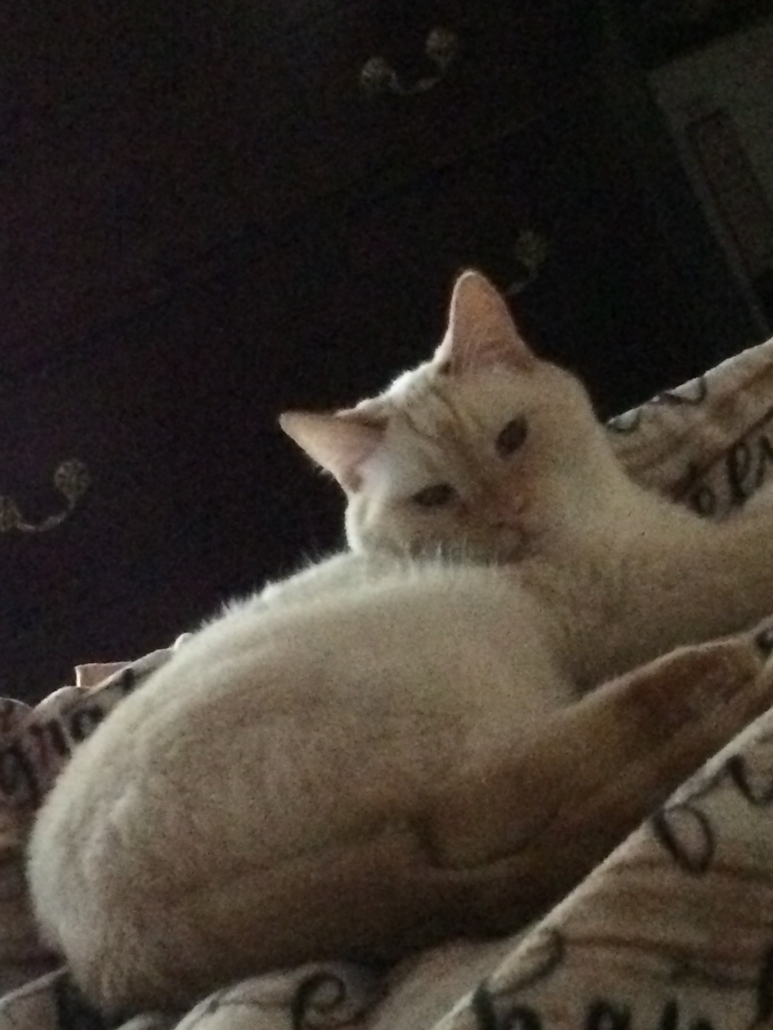 Poor Tigger Blue had a rough kittenhood. First he was brought to Pasadena Humane as part of a police impound from an animal hoarder. The Pasadena Humane Society employees got him socialized enough to be adopted by a senior woman. A year later she died and her family did not want Tigger Blue! So he went back to Pasadena Humane. He was shy around people but liked other cats. One of my cats had just passed from kidney failure and the other resident cat of the pair was longing for a companion animal. I was too! The moment I saw Tigger Blue he was so handsome! The Pasadena Humane worker took time to talk with me, console me on my loss and even waived the adoption fee!
Tigger Blue came home and had every intestinal parasite a feline could have: Tapeworm, Giardia and Coccidiosis! He was underweight and shy and hid in the litter box for days. The employees gave me suggestions over the phone to coax him out and how to give him his medicine.
A year and half later he is a healthy, happy cat that sleeps with his buddy Roo at the end of the bed.