Tina, who originally came to Pasadena Humane in 1998, now lives at the L.A. Zoo and is a companion to fellow American alligator, Reggie. (Photo courtesy of the Los Angeles Zoo)

As president and CEO of Pasadena Humane, I’m often asked, “What’s the most unique animal you’ve ever had at the shelter?” My answer is always the same — an alligator.

The Los Angeles Times recently ran a feature on Reggie, “L.A.’s celebrity alligator.” The story made casual reference to Reggie’s female companion, Tina, who I would argue is a celebrity in her own right.

Many of you may remember Tina, the American alligator who lived at Pasadena Humane for nearly two decades before moving to her new digs at the Los Angeles Zoo in 2016. While Tina left a few years before I joined the organization, the remembrances of her time with us abound. Tina, left, who originally came to Pasadena Humane in 1998, now lives at the L.A. Zoo and is a companion to fellow American alligator, Reggie, on the right. (Photo courtesy of the Los Angeles Zoo)

Tina came into our care in 1998. She was part of a group of animals surrendered to us by folks running an unpermitted traveling wildlife exhibition. While we successfully found placement for her companions, we came up empty-handed after a long and extensive search for other accommodations to suit an alligator’s needs.

So, Tina was provided a habitat at Pasadena Humane complete with a pond and waterfall, and for 18 years, she lived alongside the dog kennels. In the days before social media and influencers, she became a local celebrity with legions of fans. Area residents still regularly ask after her.

Many adults have memories of visiting her as children, possibly on a tour led by now-retired humane educator and 40-year Pasadena Humane employee Liz Baranowski. “Early on, I would help feed her,” Liz shared with us recently. “Tina started to recognize me, so when I would take a group (of children) to her habitat, she would scurry towards me. This would frighten the little ones.” Liz soon stopped feeding the alligator and was able to continue her tours without incident.

As the years went on, Pasadena Humane never gave up hope that Tina would find a more permanent and appropriate home. In 2016, when Tina was 28 years old, she found one with our friends at the L.A. Zoo.

Zoo staff slowly introduced Tina to Reggie, the Zoo’s then bachelor alligator who became famous after being released in Lake Machado in Harbor City in 2005 and evading capture for nearly two years.

Pet alligators are illegal in California. They begin as cute, tiny hatchlings but soon grow to be too much for exotic pet owners to handle. The L.A. Zoo is a much more suitable home for Reggie, and Tina. too. Tina, who originally came to Pasadena Humane in 1998, now lives at the Los Angeles Zoo and is a companion to fellow American alligator, Reggie. (Photo by Tad Motoyama/Los Angeles Zoo)

What began as a rocky relationship between Reggie and Tina has become a success story. The two alligators, who lived at least part of their lives as solo gators, now comfortably cohabitate, according to Zoo officials.

“It has been a pleasure to have Tina at our zoo for the last five years,” said Denise Verret, CEO and zoo director. “Tina has made herself right at home here with Reggie, which has enriched their lives. Guests who visit will routinely see Tina enjoying her beautiful pond or basking under the Southern California sun. She also knows the best spot to get the most sun — right on top of Reggie!”

Tina’s many fans will be happy to hear she appears to be loving life at the L.A. Zoo. Whether she’s swimming in the pond, munching on her favorite food  — whole rainbow trout — or posing for photos taken by the many longtime Pasadena Humane volunteers who continue to visit her, one thing is apparent: Tina is thriving.

For information on the topic of illegal animals in California: State of California – Department of Fish and Wildlife’s Restricted Species Laws and Regulations, https://nrm.dfg.ca.gov/FileHandler.ashx?DocumentID=28427

Dia DuVernet is president and CEO of Pasadena Humane. pasadenahumane.org

This blog post originally appeared as a column in the Pasadena Star-News on June 3, 2022. 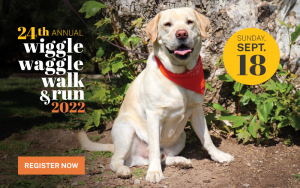