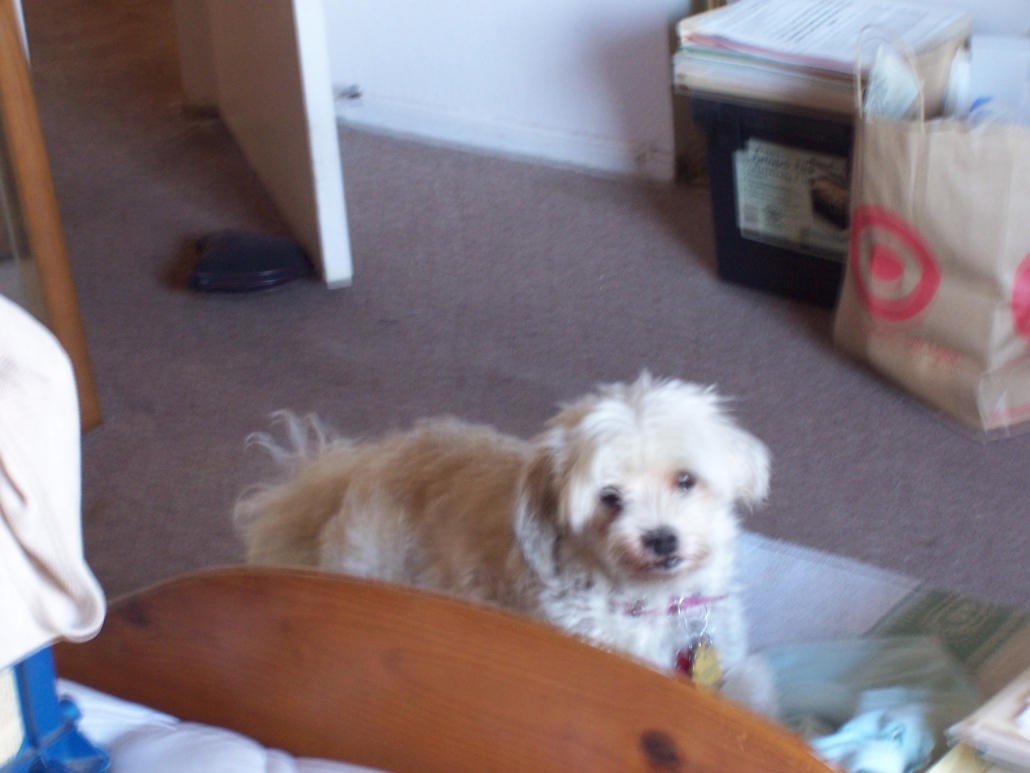 Roger wasn’t my first rescue dog and he probably won’t be my last. But, like all of them, he’s unique. First of all, this was the first time I’d taken advantage of the Seniors for Seniors program. He was thought to be 11 at the time. He was a small dog – Maltese Terrier and Yorkshire Terrier. He weighs less than 12 pounds. Most of my previous dogs were much larger, anywhere from 45 to 55 pounds.
He had been abandoned and probably out on the street for quite a while. He’s was very, very shy. However, he knew a soft touch when he saw one.

I’d just had to put my old shepherd down and then had moved from a house to an apartment with a small patio-garden. I had decided “no more dogs”. Then I came by the center just to walk around and see what was there. Roger was. He had me at the first tentative “hello”.

He had some training in his past life but didn’t want anyone to touch him. Until… one day in Vroman’s a man in a motorized wheel chair almost backed over us. Roger didn’t flinch, didn’t hide, didn’t even yelp. Instead he greeted the man, energetically! A woman on my street also used a motorized wheelchair – we met her a couple of days later and his response was the same (now we had a new friend). If we met her for coffee – Roger laid down at her feet! Not me, not the person who put food in his dish every day, not the person who let him on the bed, not the person who was a soft touch for almost any turkey that happened to be on the table. Once we got up to go, he remembered all those things and then was happy to go home with me.

It’s been 6 years now that Roger and I have been taking walks and considering chasing cats. I seem to be slowing down, but he doesn’t.