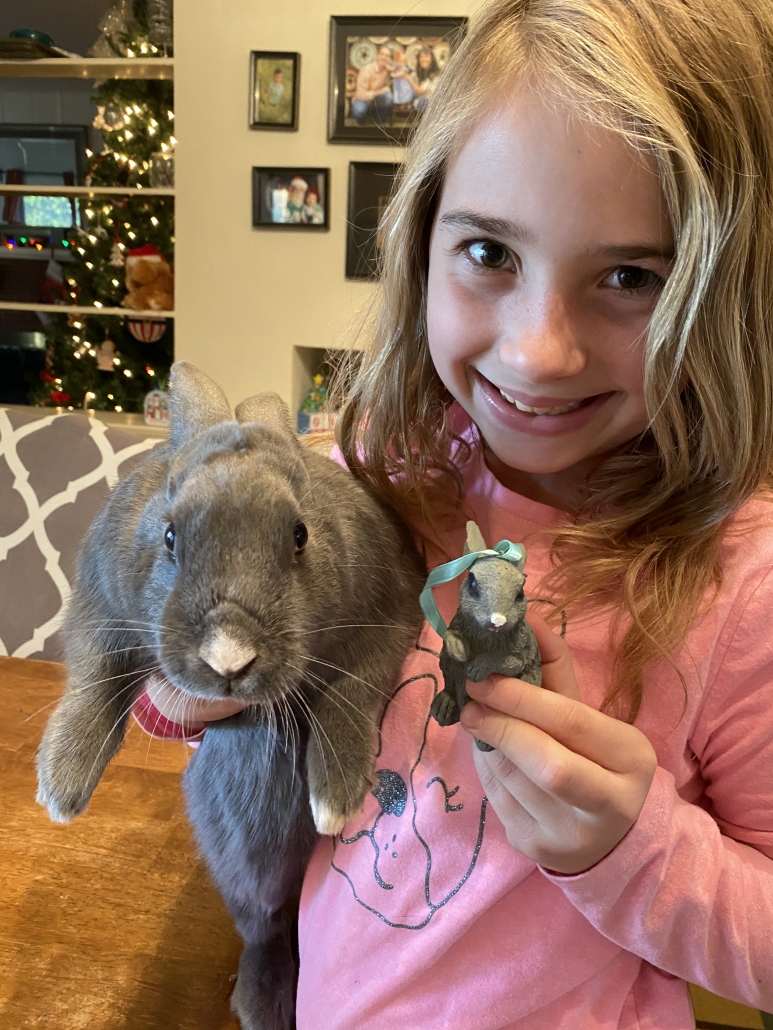 When the pandemic first hit in March and we heard the plea for emergency fosters, we decided to open up our home to a bunny. We already had 2 dogs so we decided on a smaller furry friend. We met Bugsy who was just 7 months old and my kids fell hard. We kept reminding them that we were just her temporary home. Well fast forward a month later, our older doggie passed away of old age. My kids were devastated as they had always known life with him. Our remaining dog also seemed to be very sad losing her companion. My daughter, who played with now named “Cookie,” like a baby doll by this time, decided to see if Cookie would also bond to our doggie. And to our surprise they became fast friends! When we got the call a couple months later that there may be a potential family to take Cookie, let’s just say we became a “foster fail!” We could not say goodbye yet. Here’s a pic of a very spoiled Cookie with her matching Christmas ornament for her first Christmas with us 😍