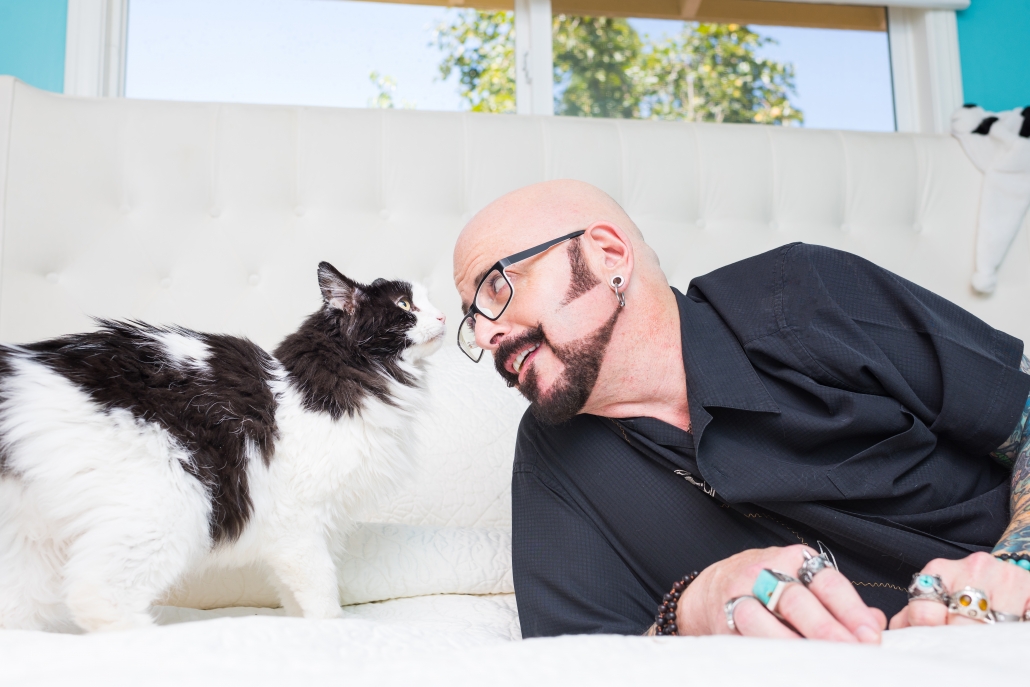 PASADENA, Calif. (October 20, 2020) – Jackson Galaxy, host of Animal Planet’s “My Cat From Hell,” New York Times best-selling author and acclaimed cat behavior and wellness expert, virtually joins Pasadena Humane as guest speaker on their new Careers in Animal Welfare series for teens and pre-teens. Galaxy will share how he turned his love of animals into a rewarding and fulfilling career. The upcoming episode will be hosted live via Zoom on Friday, October 23 at 3:30 p.m.

Popularly known as “The Cat Daddy,” Galaxy has dedicated his life to working with cats and their guardians in an effort to reduce the number of animals that end up in shelters. A tireless advocate for all things feline, he has authored two New York Times best sellers, and is also the founder of The Jackson Galaxy Project, a signature non-profit organization of GreaterGood.org that seeks to improve the lives of animals at risk and help the people who care for them. Pasdena Humane participated in the 2020 class of Jackson Galaxy Project’s Cat Pawsitive, a lifesaving initiative that introduces positive-reinforcement training to cats in shelters and rescues.

“Jackson Galaxy has done so much to save the lives of cats in America’s shelters, including our own,” said Dia DuVernet, President & CEO of Pasadena Humane. “I’m thrilled and honored that he will be joining us to speak with the next generation of animal welfare leaders.”

Careers in Animal Welfare is a new FREE podcast-style series where students listen to, learn from, and meet professionals in the field of animal welfare. The series is designed for kids ages 12 to 15, however, all ages are welcome. Upcoming episodes include Dr. Curtis Eng, DVM, Director of Clinical Relations & Associate Professor of Zoo, Exotic and Wildlife Medicine Western University of Health Science, on October 6 and Christy Schilling, Executive Director of Bark Animal Foundation, on November 20.