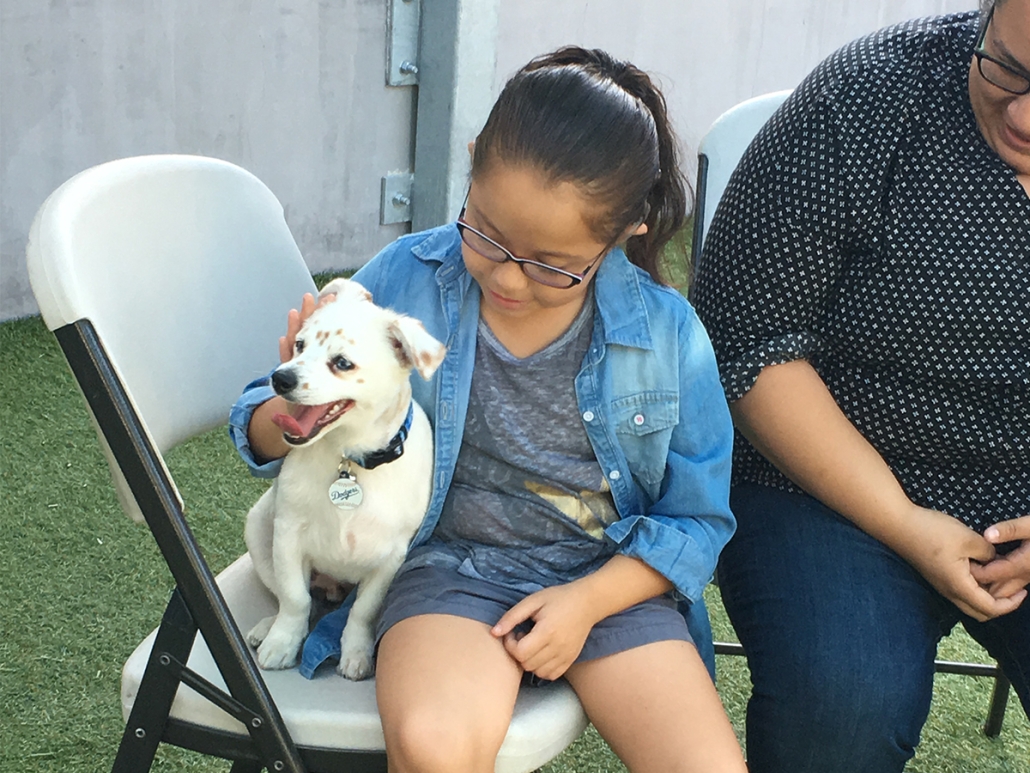 Walter was just five weeks old when he arrived at Pasadena Humane in December 2015. While in foster care, we noticed that Walter, then Cotton, could not hear. While many shied away from adopting a puppy with a hearing disability, Chrissy jumped at the chance. Chrissy’s daughter Julia is also hearing impaired and she thought the two would share a close bond… and they did! Julia even began teaching Walter basic commands in sign language. 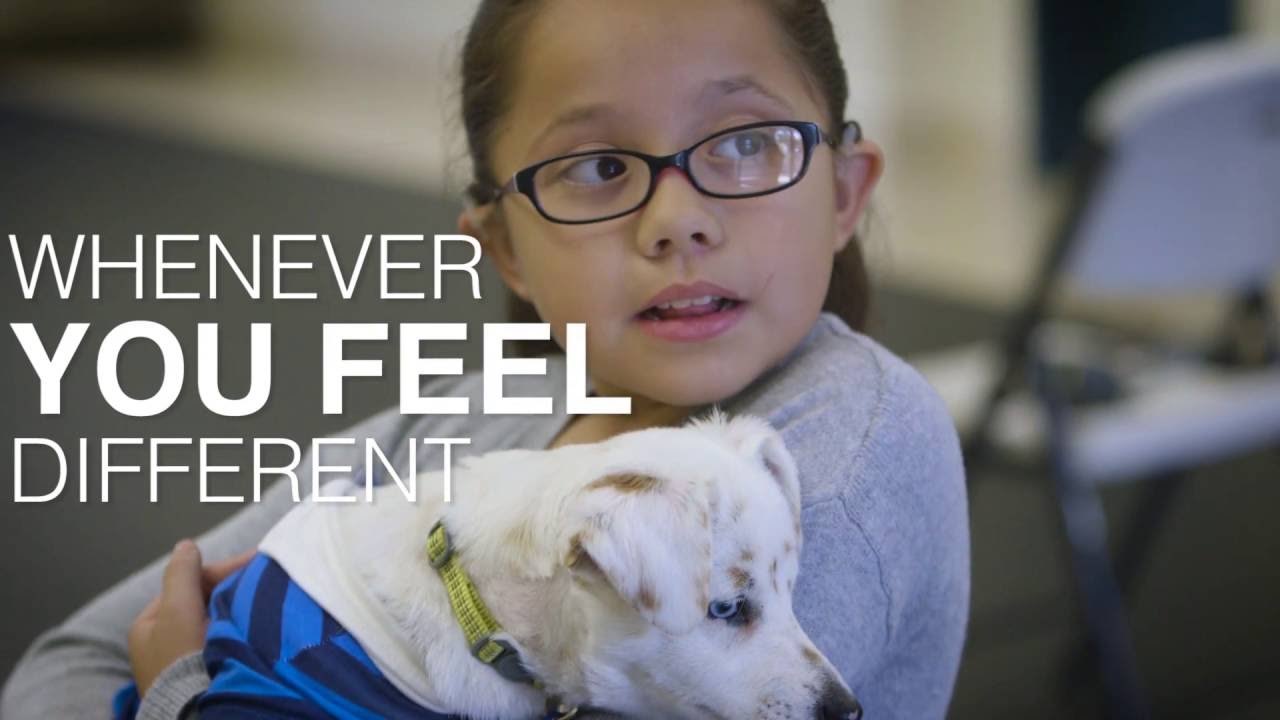 The heartwarming story of these two best friends went viral, and was shared worldwide. A year after Walter was adopted, Chrissy wrote to us, “These two are my loves, and they have taught me that love defines all.” 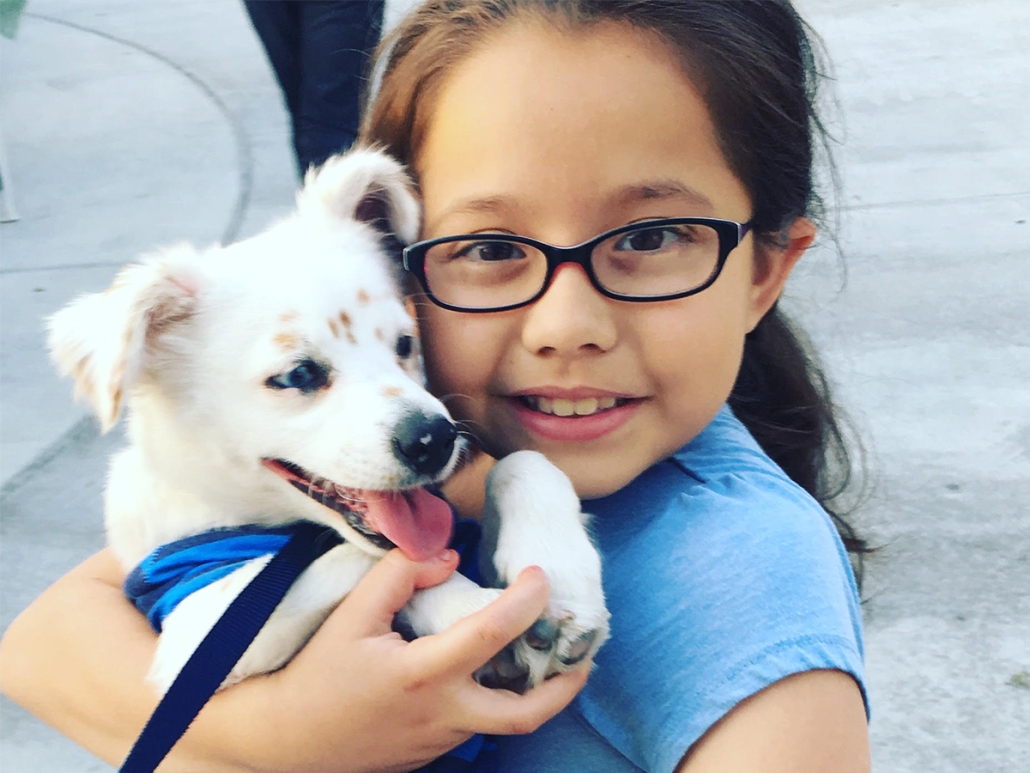 Now, nearly six years after Walter’s adoption, he and Julia are bonded as strongly as ever. Chrissy writes, “Julia is now in 10th grade and 16 years old and she’s doing great. She’s my straight A student and my true artist. She truly has a gift in the arts and amazes me with the things she can do with a paintbrush.As for Walter, he is still his happy-go-lucky self. If he’s not chasing his soccer ball around with Julia, he’s out chasing the birds and butterflies. And his current favorite thing right now is riding in the car in the backseat enjoying the scenery.” 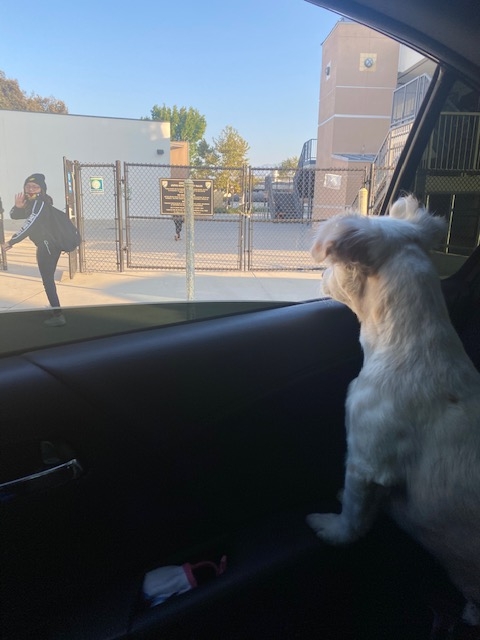 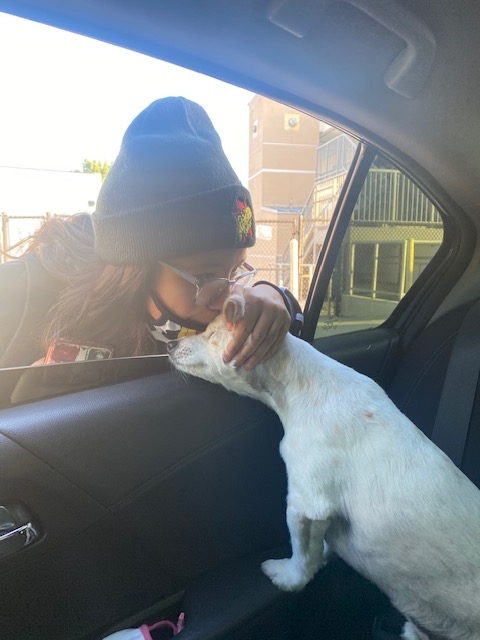 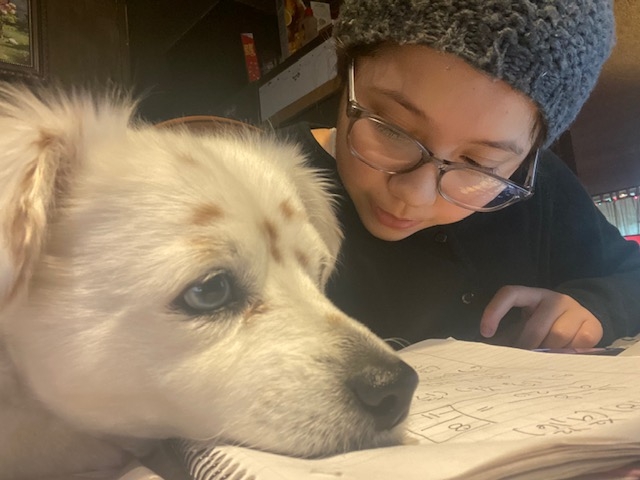 Stories like Walter’s inspire us every day to find the best home for every animal – where they’re loved for exactly who they are.