In May 2017 we adopted Tony, the last of the cats from a hoarding rescue from January of that year. A year later, he had made great strides in being socialized and feeling at home with us, and he was pretty chummy with the two of our cats who were more mild-mannered. But he was urinating all over the house and still being bullied by the other, more feral male, Tommy.

The big breakthrough for our cat came in July 2018 when a stray (likely feral—where it came from is a mystery), Manx, appeared in the backyard. Knowing the coyotes are everywhere, a friend helped me trap him quickly, and the plan was to take him in to you all because we didn’t need another cat! But my husband was smitten and so was Tony, who started talking to him underneath the bathroom door the first day.

He and the kitten chased each other around the house for months, and Tony would capture him and hold him down and teach him how to cat fight, never hurting him. Fast forward to now, and he and the Manx groom each other and are the best of friends. Even better, Tony no longer feels cowed by Tommy, he doesn’t urinate much outside the box, and he joins everyone else sleeping with us. He is also much more affectionate to us humans and hangs out at my husband’s feet when he comes home from work. Tommy is also learning how to chase and play from the kitten. It turns out we needed another cat after all. Now all we have to do is finish socializing the Manx, who is finally letting us touch him after eight months.

Anyway, tonight my husband was saying how he couldn’t imagine why people passed over Tony in the shelter because he is such a wonderful cat, and I thought I should write to say how grateful we are that you took care of him until we met him and took him home with us.

If you do not want that we track your visist to our site you can disable tracking in your browser here: 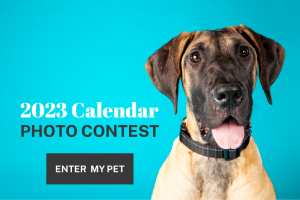