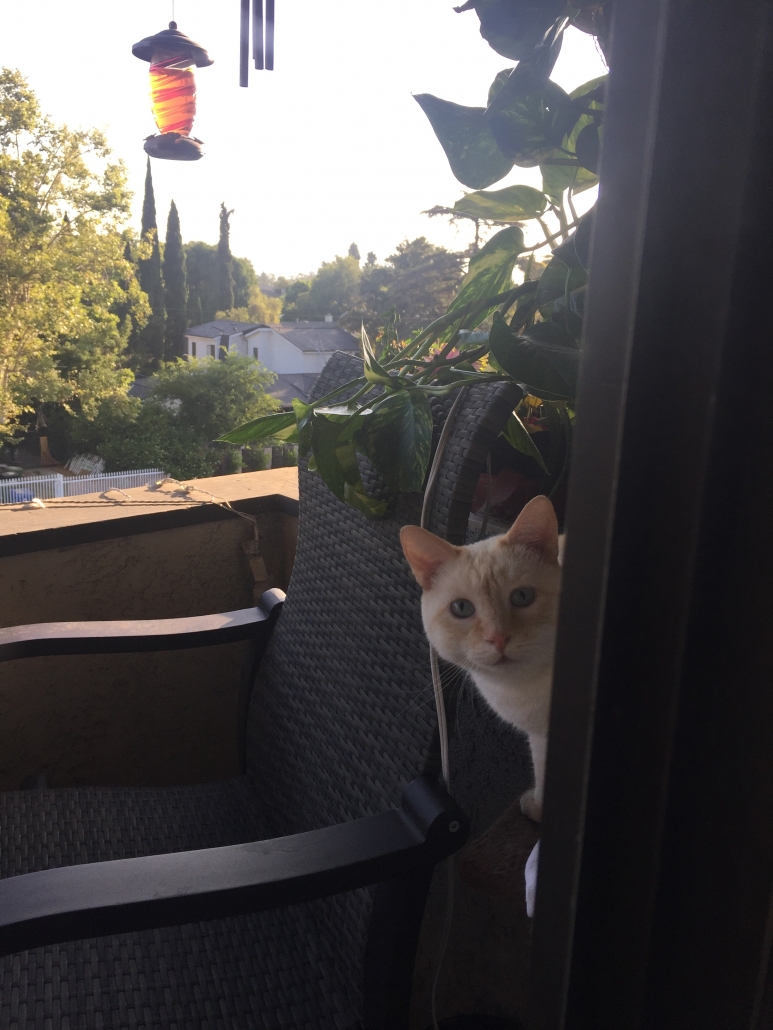 When I saw on TV that Pasadena Humane had rescued a large group of cats & kittens from a home, and they were giving the adoption free of charge I knew I didn’t have a lot to give but lots of love and that’s exactly what my adopted Snowy needed. He was so afraid and hid most of the time, it took roughly about 4 to 5 weeks before he started emerging from his hiding places and started roaming around my very small apartment. He used to try to scratch us when ever we made attempts to give him love and attention, to the point my husband said take him back, but now these two males are inseparable partners. Now when ever we travel my husband takes him everywhere and he adores Snowy.😁 my kitty became his… 😁 Snowy is so smart that when is time to go to bed we tell him time for nite nite sleepy time, so now when it gets close for bed time he mimicked us and sound out the words nite nite… He continues until we answer him. I don’t remember him ever saying meow, neither does my husband. He spends a lot of his time out on the balcony or the neighbors balcony, in the mornings I don’t know how but he can tell when it’s 5:15 AM, no matter what he is doing he runs inside the house through his doggy door we installed for him, won’t even look at my husbandm you would think someone was chasing him, and runs to the bedroom to wake me up for work, he nibbles n bites me until I get up. He is amazing, we Love Love Him. Thank you so much for Snowy.