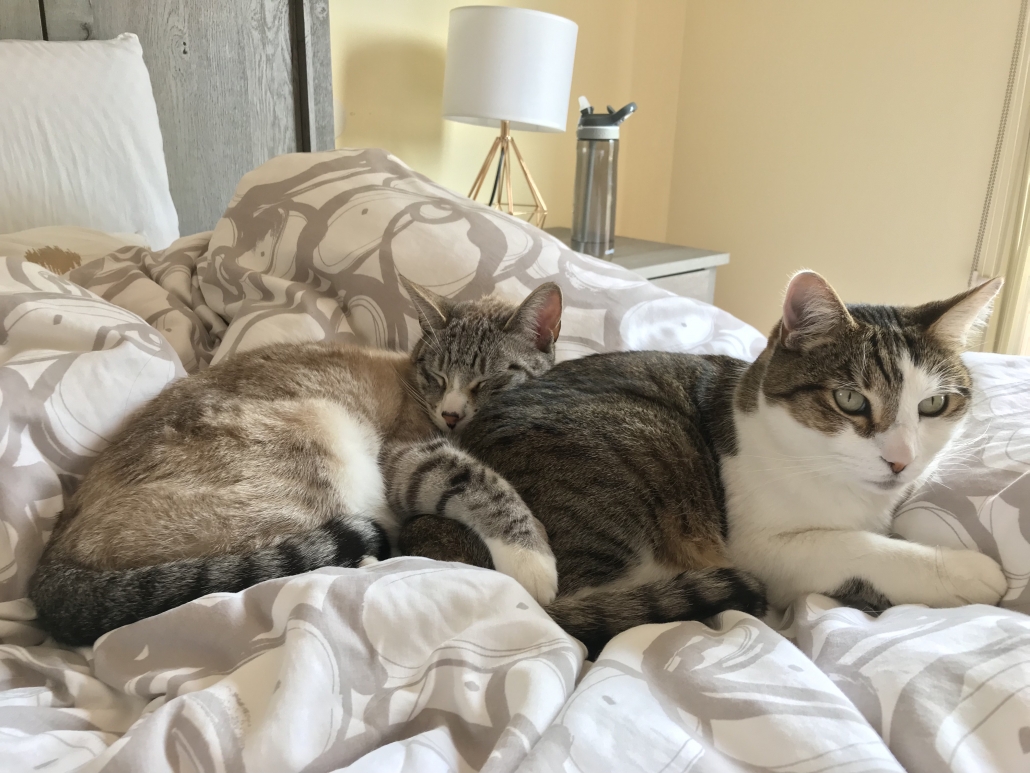 I adopted Donut back in January 2017. I was looking for a second cat as I wanted to give my first cat, Nutty a friend. When I first saw Donut and said “hi” to him at the shelter, he immediately meowed at me and rubbed his face against the cage. It was love at first sight and I took him home the next day.

I learned later that Donut meows at everyone and everything! He meows non stop, even when he is just casually strolling around the house or just drinking his water.  Since 2017, Donut and Nutty have become best friends. Donut brings so much laughter to us and I feel so lucky to have him – he loves to steal socks, snuggle, meow non-stop, lick humans and his furbrother constantly, sit on my shoulders, gallop like a horse, and orange toys. He completes the family and is the perfect addition! 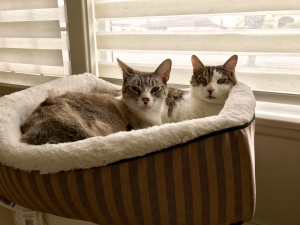 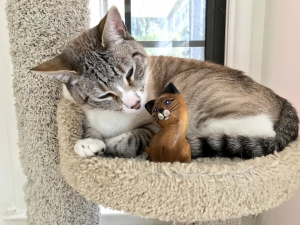