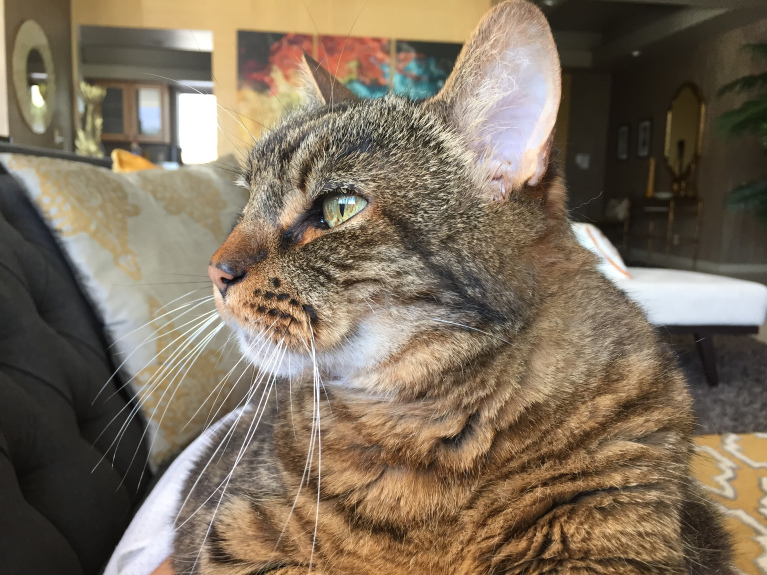 Last week I attended a show that a friend of mine was previewing and met a group of his friends.

As we were making small talk before the show started, the conversation steered towards pets, as it often does once I tell people where I work. The man sitting in the row in front of me shared with the group that he just lost his dog after a long battle with cancer.

“I’m so sorry for your loss.” I said, feeling a twinge of sadness in my gut.

He thanked me, and I asked how he was dealing with it. He shared he was having a tough time and actually took a few days off work to grieve.

A gentleman (let’s call him “Felicia” for the sake of the story) sitting a few seats down gave an incredulous chuckle and said, “You took time off work for that? Why? It’s just a dog.”

The man looked a little embarrassed at that, and seemed to be looking for the words to respond. Before he could, I jumped in and asked Felicia, “You don’t have any pets do you?”

He shook his head no.

“That what I figured.” I said flatly. “Because if you did have pets, you would know better than to say it’s just a dog.”

That put an end to his interest in the conversation, so he shifted to talk to the person next to him.

When people who have never had a dog or cat see their pet-owning friends mourn the loss of one, they probably think it’s all a bit of an overreaction; after all, it’s “just an animal.” Get another one and move on, right?

Research has confirmed that for most people, the loss of a pet is, in almost every way, comparable to the loss of a human loved one. Unfortunately, there’s little in our cultural playbook – no grief rituals, no obituary in the local newspaper, no religious service – to help us get through the loss of a pet, which can make us feel more than a bit embarrassed to show too much public grief over our dead pets.

Last year, I too felt a little embarrassed to share just how devastated I was at the loss of my cat, Bailey. After nearly 21 years of living together, the loss was palpable – and impossible to escape because I was being repeatedly reminded he was gone when the daily routines of caring for him couldn’t be routines anymore.

For 20 years, he would get right up to my face as I slept and start meowing at 5 AM. Every. Single. Day. It’s been almost a year since his passing, and I still wake up like clockwork at 5 AM. When he isn’t there in my face, my heart breaks all over again.

Changes in lifestyle and routine are some of the primary sources of stress in our lives. So the loss of a pet seriously disrupts an owner’s daily routine more profoundly than the loss of most friends and relatives. For owners, their daily schedules – even their vacation plans – can revolve around the needs of their pets.

Funerals are a ritual that helps us to process the loss of a loved one – and it moves us to share and find comfort to begin healing with others. But since we don’t typically have funerals for pets, we miss out on this important step in the grieving process – and when people like Felicia make comments that essentially makes fun of our legitimate pain, our most common reaction is to keep our mouth shut and suffer in silence.

Perhaps if people realized just how strong and intense the bond is between people and their pets, such grief would become more widely accepted. This would greatly help pet owners to integrate the death into their lives and help them move forward.

What is it about dogs, exactly, that make humans bond so closely with them?

That’s easy. I’m reminded of a t-shirt I once saw that read “May I become the kind of person that my dog thinks I already am.”

Our relationships with pets can be even more satisfying than our human relationships simply because they provide us with such unconditional, uncritical positive feedback. And when it’s gone, we don’t just feel the pain of the loss, we are left without the friend in our lives who validated our feelings, accepted us wholey, and loved us without condition in ways other humans cannot.

While the death of a pet is horrible, pet owners have become so accustomed to the reassuring and nonjudgmental presence of their animal companions that, more often than not, they’ll eventually adopt a new one.

So yes, I miss my cat. But I’m sure that I’ll be putting myself through this ordeal again in the years to come. I’m not ready to adopt again just yet though – and that’s ok. I’ll get there.

When I said I was going to write about grieving the loss of a pet this week, my colleague Sarah shared a meme with me that articulates perfectly the reason I know I will get there again:

“When I die, please don’t say ‘I’ll never have another pet.’ Search for the ones who are abandoned and forgotten. Give them a second chance and let them take my place. Honor my life by saving another.” 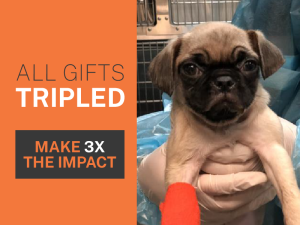