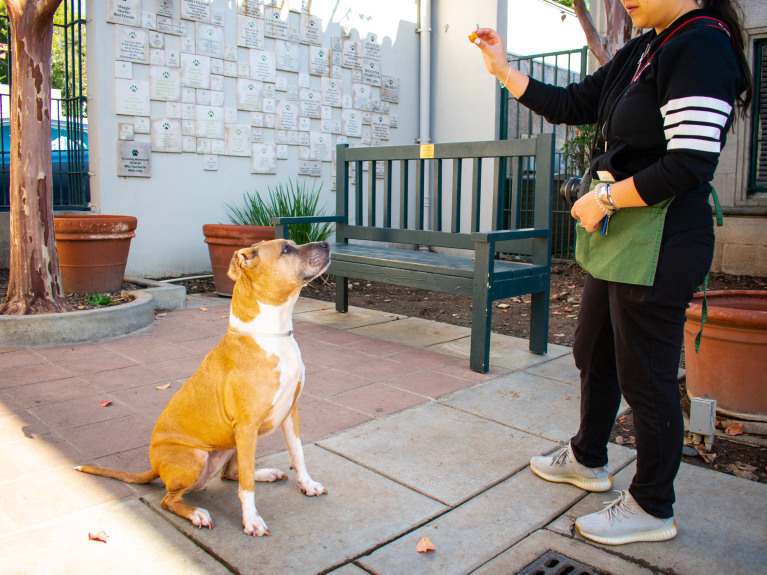 Looking for a sweet, cuddly, low-maintenance forever friend? Coco’s (A415080) your gal! This calm, well-mannered doggy is eight years young and will be thrilled to hang out with you—whether that’s cuddling next to you on the couch, going for a walk or a run, or playing fetch with her favorite toys.

I’m very fortunate to have really great grandparents to my dogs Maddie and Ollie. Whenever we go out of town for more than a few days, they are always overjoyed to pet sit for us. They love it so much, they seem to have a hard time giving them back, which to be honest, can get a little awkward when I’m loading them up in the car to leave and they get all misty and forlorn like I’m kidnapping their most prized possessions.

The one downside to having such affectionate grandparents is that they always come back to me fatter than they were before they got there. For a lot of folks, food is a way of showing love – and Maddie and Ollie get loved like crazy with Grandpa Jeff and Nana Elena.

To be fair to them, I am probably more strict and regimented with proper nutrition for my pets than most people. They’re fed at the same time every day with the exact portion they need to maintain a healthy weight. Yes, I’m that guy.

It’s a whole different story at Grandpa and Nana’s though. Their routine is thrown into utter chaos with different feeding times, and plenty of treats in between. 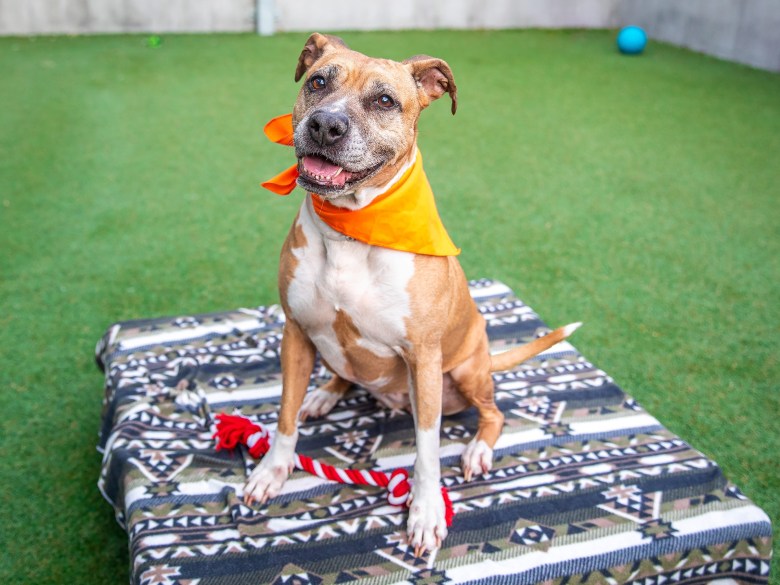 For years when I’d let them stay there, they were giving them table scraps as well and I couldn’t convince them to stop. So I decided to use a different tactic.

I told them all about the hazards and poisoning effects that some human foods have on dogs. As soon as I gave them a complete info dump about it, they promptly stopped giving them table scraps. They seemed to double down on dog treats though – but I’ve decided to choose my battles and let them show love the way they like to.

I figured I should give you all the same download about why it’s a bad idea to give your dogs and cats table scraps because of the unintended issues it may cause for your pet. Here are some types of foods you definitely don’t want your pets getting ahold of:

Onions are a delicious addition to many dishes. But they contain compounds called disulfides and thiosulphates which can be toxic to cats and dogs if ingested. The ingestion of onions causes conditions called hemolytic anemia, Heinz body anemia, and methemoglobinemia which are all manifestation of damage to red blood cells. Essentially, the compounds in onion can cause the red blood cells circulating through your pet’s body to become very fragile and burst. Yikes!

Symptoms of this condition include early-onset vomiting and diarrhea, along with symptoms of anemia–breathlessness, lethargy, pale, yellow, or “muddy” colored gums, rapid breathing, and an elevated heart rate. No bueno.

Many people consider garlic to be a holistic remedy in the prevention of heart disease, high cholesterol, high blood pressure, warding off fleas and even certain types of cancer. That, and it’s magical in so many entrees that I love.

These potential medicinal benefits, however, are not effective for our pets. In fact, garlic can be toxic to dogs and cats at certain doses and poisoning, if not treated in time, may result in death.

Garlic, like other members of the Allium family, contain compounds called disulfides and thiosulphates which can be toxic cats and dogs if ingested. So basically they have the same effect on your pets as onions.

Since garlic is more concentrated than an onion, an even smaller ingested amount could lead to toxicosis—as little as one clove of garlic can lead to toxicity in cats and small dogs.

According to search engine analysis, one of the most-frequently searched topics online is “dogs and nuts.”

Pet owners are clearly interested in knowing which nuts are dangerous for their dogs to eat. This is a good thing, because many commonly-eaten nuts can be harmful to dogs, including almonds, walnuts, pistachios, macadamia and pecans.

The good news: peanuts are not considered toxic to dogs. However, it’s important to understand that while peanuts are safe to use in dog cookies and other treats, they are high in fat – so you want to make sure you’re giving it in moderation. Dogs have a more difficult time digesting fat. A high concentration of fat can cause an upset stomach, including diarrhea and vomiting.

Foods that are high in fat can cause vomiting and diarrhea. Pancreatitis often follows the ingestion of fatty meal in dogs. Fight the temptation to share fast food leftovers, junk food or foods cooked in grease with your dog, such as burgers, hot dogs, ribs, steak, pork chops and fried chicken. Better yet, just don’t eat that stuff to begin with!

Who doesn’t love a good happy hour? Alcohol is rapidly absorbed into the bloodstream and affects pets quickly though – so best not to include them in libations. It can cause dangerous drops in blood sugar, blood pressure and body temperature. Intoxicated animals can experience seizures and respiratory failure. So if you’re heading to happy hour with little Fluffernutter, make sure her cocktail comes in the form of water.

And, although it seems natural to give a dog bone leftovers from dinner, a dog can choke on it. Bones can also splinter and cause an obstruction or lacerations of your dog’s digestive system.

Raw meat and raw fish, like raw eggs, can contain bacteria that causes food poisoning. Keep your raw fish and meat in an area where your pet can not help himself unknowingly to a toxic substance.

Now do you see why I am such a nut about not giving dogs table scraps? Many foods can be poisonous – and it becomes harder to maintain your pets healthy weight. There are so many other ways to show love to your pet.

Do you have suggestions about all the different ways to show love to your pet? Send them to me – and I’ll include them in an upcoming column!