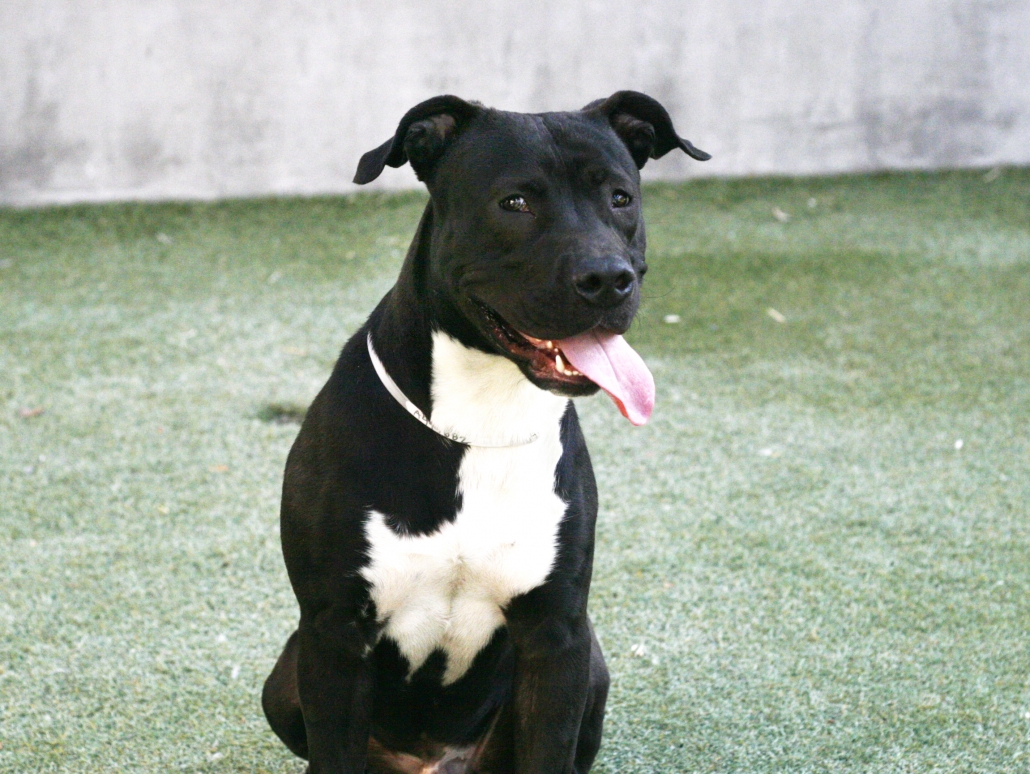 If you’ve been scouting around for just the right dog for your home, Scout (A494682) is your guy! He is described as calm, friendly, alert, and will even paw up for some extra attention. He knows his command cue of “sit,” “down,” and “stay.” He also knows “shake” on command. He’s looking for his furever home now! My family always had pets, so there was never a time in my life that I can remember not having animals as part of my everyday life. For years before I was born, my parents had a foul-mouthed parrot who lived on a perch in the kitchen. My mom taught him to swear just so she could see the look of horror on people’s faces when they came to visit and were called any number of obscene expletives. This is the kind of classy stock I come from.

When I was born though, my parents bought a bigger house in a different neighborhood. Not knowing the new house or neighborhood, the foul-mouthed parrot flew away one day and never came back. My mom was heartbroken, but adamant that she didn’t want to get another bird because no other bird would ever measure up to her potty-mouthed friend.

A few years later my dad brought home a puppy. I named her Charlie. She was an Australian Shepherd mix with sweet disposition and a strong instinct to herd. This started my love affair with animals. I spent all my time with her in the backyard. She was always at my side.

Pretty soon, I’d start collecting other wayward animals and strays from the neighborhood like cats, parakeets, and even a one-eyed tortoise who lived under the house and could eat a head of lettuce in under an hour.

Looking back, it occurs to me that no one ever actually taught me the right way to interact with animals. I just seemed to have an instinct for it and figured most things out on my own. I’ve been bitten, scratched, and chased. But I loved them so much, I didn’t mind.

Though I eventually figured out the right ways to be around animals over time, it wasn’t until I was an adult that I really took the time to understand animal behavior and know how to pick up on their cues.

In thinking about this, I realize just how important our humane education programs are to young children in our community. Because loving animals is one thing. Knowing how to safely and responsibly interact with them is something that requires knowledge and mentorship.

The benefits of growing up with a pet are well documented – these days dogs are even used in the classroom. That said, we sometimes forget that they can still present a risk.

Did you know that children under the age of 10 are most at risk of being bitten by a dog? It’s difficult to accurately estimate how often children are bitten, as not all bites result in children being taken to urgent care, but bites can often lead to serious injuries with unpleasant psychological effects, including symptoms of post-traumatic stress disorder.

The primary reason children are at greater risk of being bitten by a dog or cat is because they struggle to recognize emotions in dogs and can’t interpret their warning behavior.

When researchers have studied how to prevent dog bites, they found that children can be taught to recognize a dog’s emotional state more accurately and to recall safety rules, like not approaching a dog when they’re eating or chained up. But knowing this didn’t make the children more likely to behave safely around dogs. Despite educational campaigns, the incidence of bog bites continued. Clearly, something was missing.

A research study looked at more than 100 children between the ages of 4 and 6 were shown images and video clips of dogs showing happy, frightened and angry behavior. Children were asked what emotion they thought the dog was feeling and would they “pat, play, cuddle, brush or sit next to each dog?”

Among young children, dog bites commonly follow positive interaction initiated by the child, such as a hug. This could include a well-intentioned approach to a dog showing some signs of fear.

It isn’t just children who often make these kinds of mistakes with fearful dogs. As humans, we think that something like a hug or cuddle is comforting and helpful to the other to feel safe. But to animals, that action only amplifies their fear because now we’ve invaded their space and closed them in.

One of the best safety lessons you can teach your kids is to be very cautious about approaching animals who look scared. It’s also important to teach them what scared looks like in animals versus humans.

Here are some subtle signs that a dog is scared and should be approached with caution:

When one reads a list like this, it’s easy to understand how kids might not realize a dog is scared, or misread the signs that a dog is very uncomfortable. Spending some time with your children to help them pick up on these subtle cues could mean the difference between your child becoming a life-long animal lover or getting bitten and having that trauma engrained for a lifetime.