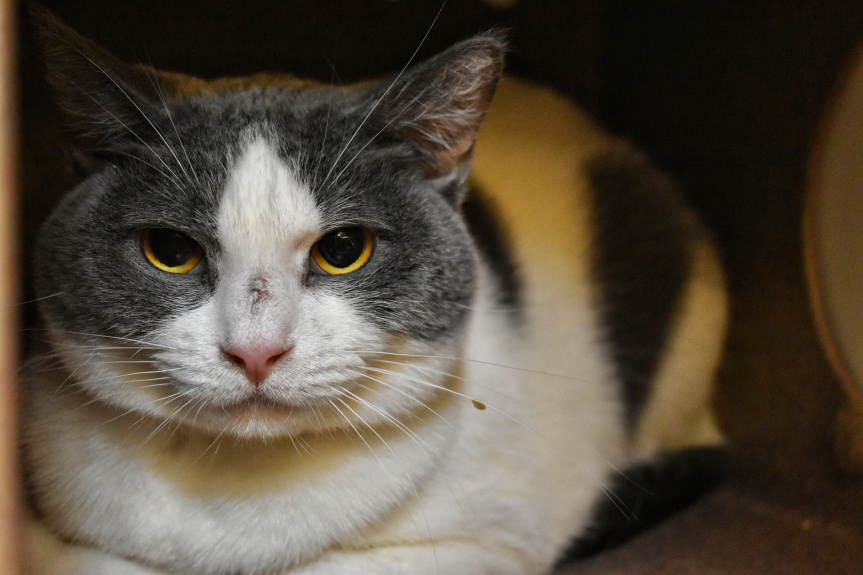 For almost 21 years, I had an indoor cat, Bailey, who fortunately never developed any interest in going outside. Like, ever.

In fact, he turned his nose up at the prospect. He had the uppity, elitist presence of a Kardashian and the laziness of a sloth with an opiod addiction. If it wasn’t a comfortable, climate-controlled environment with easy access to a pile of laundry to nap on, he wasn’t interested.

I always counted myself lucky he never had the wandering eye — though it did make me a little careless when it came to things like leaving the back door open so the dogs could come in and out. But even then, he’d sometimes walk right up to the edge of the open door and just look outside with a smug look on his face (he always had a smug look on his face, but still).

So he didn’t. Thank goodness.

Part of his disinterest in the outdoors was Bailey’s vain, narcissistic desire to be a member of the Royal Family. But it was also because of his fear of deviating from what he knew and that with which he was comfortable.

Cats tend to be creatures of habit. So for Bailey, he was content with his normal daily routines and playing it safe.

That isn’t the case for a lot of cats, though.

At Pasadena Humane, we advocate for cats to be indoors, and only outdoors if you have an outdoor catio, an enclosed patio that has all the benefits of being outside without the option to roam out of the neighborhood or be a target for predators.

We realize, though, that some people prefer to give their cats the option of being outside freely because indoor/outdoor cats tend not to travel far. They like being near their safe space and having access to their own food and water. If you’re one of those people, you need to be extra vigilant.

Cats seem to have a sort of homing instinct, which in some cases have guided cats to travel great distances back to their home. While an adventurous indoor/outdoor cat is more likely to roam, a scared cat may not trust his inner compass, get confused and get lost. Once a cat has wandered out of her comfort zone anything can happen to scare her further: barking dogs, wildlife, loud traffic noise, teasing school kids, the list is endless.

Because cats are more stealth and independent than dogs, cat guardians are less likely to find their cat. Based on a survey by the ASPCA, only about 74% of cats are recovered, while 93% of dogs are recovered. For this reason, it’s even more important to act quickly.

If you believe your cat has wandered off out of his comfort zone, or if you exclusively indoor cat has somehow gotten out of the house, here are some tips for reuniting with your beloved feline friend:

So what do you do if you find a cat who appears to be lost? Well, let’s cover that next week — because that’s a tricky topic, and as usual, I’ve run out of space this week. Clearly, I’m not a man of few words.

Have a beautiful week, and stay safe out there!